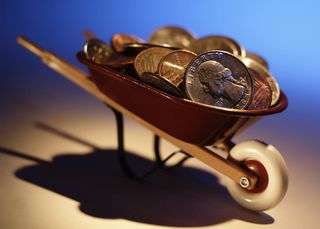 Thus far, many people have attempted to establish a link – none have been successful. If no one claims the inheritance in 30 years, the money goes to the British crown.

No will or other estate planning documents could be found for Kathleen Hilda Ryan, who passed away in Greenwhich, United Kingdom in 2013 with an estate valued at $788,000. She had inherited the bulk of it from her sister, Joan.

Kathleen had no children of her own and no living siblings.

In fact, as far as anyone knows, she had no living relatives at all. However, it is believed that her aunt, Lizzie, emigrated from Ireland to New York at some point.

Thus, the search is on for what happened to Lizzie and whether she had any children.

If any of Lizzie's children are found, then they would inherit the estate. If no one is found in 30 years, then the estate will become the property of the British Crown.

Many people have submitted claims to being the descendants of Lizzie, but thus far no one has been able to prove it.

Irish Central reported the story in an article titled "Is your ancestor Lizzie Ryan from Westmeath? You could inherit $788,000."

In the United States, the law is basically the same with one big exception. If no relative is found the estate does not go to the British Crown, but rather it passes to the state in which the estate property is located.

Thus, unless you want your estate to become the property of state government, it is very important that you have some kind of estate plan, especially if you do not have any close relatives who can be easily found.

Of course, if you are descended from a Lizzie Ryan who emigrated from Ireland to New York in the mid-1900s, you might want to stake a claim to the estate of Kathleen Hilda Ryan while you can.

For additional information on wills and estate planning in Houston, please click here to visit my website.