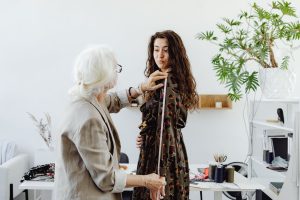 When people begin drafting their estate plan, they often debate who to give their personal assets to after they pass away. Often, these assets include real estate, monetary funds and sentimental items. For those individuals who worry about gift and estate taxes and want to pass their assets onto their children, they should consider creating a limited liability company—called an LLC. While LLCs are often used for small businesses, they have tax and other financial advantages. Below are so common questions and explanations about including an LLC in an estate plan.

What Is an LLC?

A Limited Liability Company, or an LLC, is a popular type of business structure that protects owners from most legal liability, like a corporation. This means LLC owners are typically not liable for debts incurred by the LLC business—meaning personal assets like personal bank accounts cannot be collected. However, LLC owners do report income and losses from the company on their personal tax returns.

How Can I Include an LLC in my Estate Plan?

For individuals with large estates who are worried about taxes but want to pass their assets onto their children, attorneys will often advise them to create an LLC. To include an LLC in an estate plan, parents and children create the LLC together and transfer assets into it. These assets often include monetary funds and real property. The parents are then made managing members of the LLC; this allows them to have control over the assets. Then, the parents will transfer assets in the LLC to their children—often named non-managing members of the entity.

END_OF_DOCUMENT_TOKEN_TO_BE_REPLACED 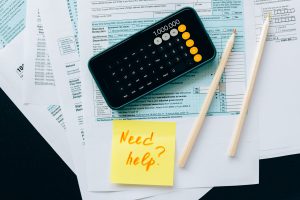 At last, the IRS has announced changes to the unified credit and annual gift tax exemption for 2022.

To understand what these changes mean for Houston residents, it is important to first understand how these tax exclusions operate. The lifetime estate and gift tax exemption—also known as the unified tax credit—allows people to make tax-free transfers up to a certain amount during their life and upon their death. The exclusion is said to be “unified” because certain gifts transferred during a person’s life will count against the total amount of transfers that can be made tax-free upon their death.

END_OF_DOCUMENT_TOKEN_TO_BE_REPLACED 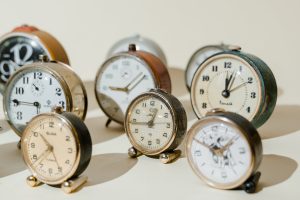 A federal bill working its way through Congress will have dramatic implications for Texans and their estate plans. Once the bill becomes law, some of the estate planning techniques that have assisted Americans with sizeable estates will no longer be available. Fortunately, there is still time for Houston residents to take advantage of several favorable laws still in place.

Changes to the Gift and Estate Tax

END_OF_DOCUMENT_TOKEN_TO_BE_REPLACED 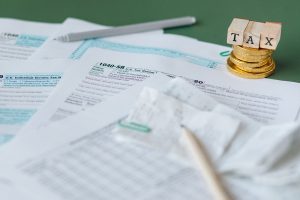 While drafting their estate plan, many individuals do not consider the taxes that will be taken from their assets after their passing. Because every state has different tax rates—and there are both estate tax and inheritance taxes to worry about—it can be confusing for Texans to determine what taxes apply to them. Beyond this, once people discover the estate and inheritance taxes their beneficiaries will be forced to pay, they often ask about strategies to limit their tax implications. Below are common questions and explanations about not only estate and inheritance taxes, but also options to reduce a person’s overall tax liability.

What Estate Planning Taxes Should I Be Worried About?

When drafting an estate plan, individuals should be aware of both estate and inheritance taxes. An estate tax is based on the value of the deceased’s estate. Additionally, the tax is paid from the assets of the deceased’s estate. On the other hand, inheritance taxes are paid by the beneficiaries of the estate based on the amount of assets they receive.

END_OF_DOCUMENT_TOKEN_TO_BE_REPLACED 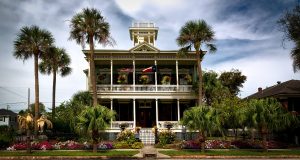 Unlike many other states which impose an estate tax at the time of a person’s death, Texas does not have such a tax. Therefore, when people move to Texas from another state many hope to eliminate the state-level inheritance tax from the prior state. To do so, Texans must ensure they are domiciled in Texas. Below are common questions and answers to what a domicile is, along with how to make sure a person is domiciled in Texas.

A domicile is a place where a person has the intent of making their permanent home. A person’s domicile is very similar to their residence; however, while a person can have multiple residences, they can only have one domicile. For example, if a person spends part of the year in Texas and another part in New York, they may have residency in both places—but only one can be their domicile.

How Can Someone Show Where They are Domiciled?

Because a person can only be domiciled in one state, there are actions they can take to show they are domiciled in Texas. For instance, they can file a declaration of domicile form which supports their claim of being domiciled in Texas. Besides filling out this form, the individual must provide two acceptable documents to support their claim of domicile. These documents can include a current deed, mortgage or rental lease agreement in Texas, a utility bill with a Texas address, a Texas high school or college transcript, a pay stub from a Texas company, or a W-2 from an employer—amongst other acceptable documents.

Individuals can take other actions beyond a declaration to support their claim for domicile in Texas. This includes registering to vote in Texas, filing personal tax returns from their Texas address, redrafting wills to state the person is a resident of Texas and obtaining a Texas driver’s license.

END_OF_DOCUMENT_TOKEN_TO_BE_REPLACED 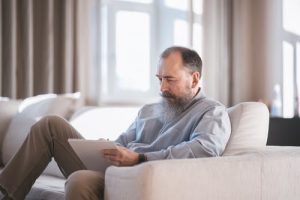 Although there has recently been a lot of news out of Washington, D.C.—particularly the COVID-19 Relief Bill—many individuals are interested in the 2022 fiscal year budget and the proposed changes that will be made. This includes expected capital gains and dividend tax rate increases for high-income individuals, along with any potential individual income tax rate increases. Another critical change is the expected estate and gift tax exemption. These changes will be made through the budget in order to fund the COVID-19 Relief Bill. While President Biden’s proposed budget will not be released until later this month, below are common questions about potential changes that will be made and how Texans should prepare their estate plan in the meanwhile.

What Gift and Estate Tax Changes Are Likely to Occur?

Currently, the estate tax and lifetime gift tax exemption is $11.7 million per person and $23.4 million for married couples. This means that if an estate exceeds $11.7 million, currently, when the person passes away, their beneficiaries—the people they are leaving the estate to—will pay a tax of 40% on the remaining value of the estate. If a person’s estate is valued at lower than this, their beneficiaries do not need to pay a tax. Additionally, if a person leaves their estate to their spouse, the spouse does not have to pay an estate tax—even if the value is above the exemption limit.

END_OF_DOCUMENT_TOKEN_TO_BE_REPLACED 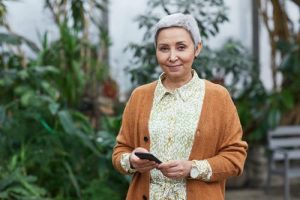 When people reach retirement age, many assume that the majority of the taxes they will need to pay are over. However, in many cases, taxes may be even more burdensome once a person has retired. Be it in the form of an estate tax, Roth IRAs, or life insurance plans, seniors have many questions about making the most of their retirement savings and ensuring they are still passing along assets and contributions to their beneficiaries once they have passed. Below are some common questions individuals thinking about retirement planning have, along with explanations to these issues—so Texans can ensure their retirement plan is not chipped away by unknown taxes.

What is the SECURE Act, and How Will it Affect My Retirement?

The Setting Every Community Up for Retirement Enhancement Act of 2019—better known as the SECURE Act—changed many of the rules and regulations for retirement income planning. One fundamental change that affects retirees is the elimination of the stretch IRA. In the past, a stretch IRA has allowed non-spouses that are inheriting a retirement account to stretch out disbursements of the account over their lifetime. Generally, retirees who knew their spouse would have enough money for retirement would utilize a stretch IRA to maintain their family’s assets by naming the youngest person in their family as the beneficiary. Now, the rule requires the beneficiary to receive the full payout of the inherited IRA within ten years of the initial person’s passing.

END_OF_DOCUMENT_TOKEN_TO_BE_REPLACED 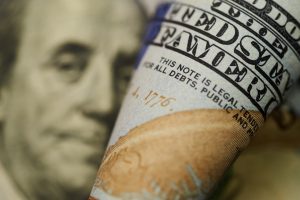 With the recent election and inauguration of the 117th United States Congress, new bills are being introduced that impact all aspects of a person’s life. According to a recent news source, one such bill is Senator Bernie Sanders’ proposed estate and gift tax reform legislation. For individuals with an estate plan in place, the introduction of new legislation gives cause for concern that it may impact their estate plan. The bill will reduce the estate tax exemption to $3,500,000 and increase the estate tax rate from a flat rate to a progressive one. Because the nuances of such a law can be confusing, below are some common questions and answers about the new estate tax bill.

What Does the Bill Propose?

The bill seeks to reduce the estate tax exemption from $11,700,00 to $3,500,000. This means if an estate is valued at over $11,700,000 currently, the heirs of the estate will need to pay a tax. If the proposal is enacted, the heirs of an estate valued at over $3,500,00 will have to pay the tax. Additionally, if the bill passes, anyone who received more than $1,000,000 in gifts from a loved one as a part of their estate plan will have to pay a tax too. The proposed exemption limits are per person; therefore, for married couples, the total exemption limit would be $7,000,000. After 2022, the exemption will continue to rise with inflation.

END_OF_DOCUMENT_TOKEN_TO_BE_REPLACED 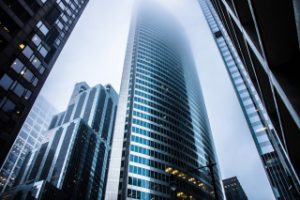 The Internal Revenue Service is postponing the date for filing gift tax and generation-skipping transfer tax returns and making payments until July 15, 2020, because of the novel coronavirus pandemic.

Notice 2020-20 updates earlier guidance to include the gift and GST deadline extensions.

END_OF_DOCUMENT_TOKEN_TO_BE_REPLACED 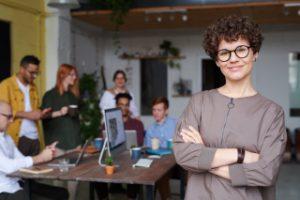 Signed into law on Friday, March 27, the CARES (Coronavirus Aid, Relief, and Economic Security) Act is the biggest economic stimulus package in U.S. history. Below are essential highlights for individuals and small businesses.