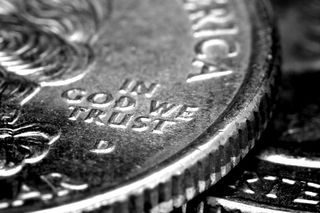 Income inequality and the estate tax continue to be hot button issues in American politics and culture. Americans have a wide array of opinions about these two linked topics. Comedian John Oliver recently gave his humorous thoughts on them.

More and more Americans, especially younger Americans, want to be entertained when they are listening to the news. They often look to comedians, such as Jon Stewart and Stephen Colbert, for the lowdown on hot topics. One new television show in this category is HBO's Last Week Tonight hosted by John Oliver.

A recent Los Angeles Timesarticle titled “John Oliver Tackles Income Inequality on 'Last Week Tonight'” describes a recent Oliver show that tackled the estate tax and income inequality. Oliver suggested during the show that whether a viewer would agree with his opinions depended on whether they subscribed to HBO or watched his show by getting it illegally. The implication was that people who were wealthy enough to afford HBO would have one opinion and those who were not would have another opinion. Oliver later went on to compare the American promise to a lottery system where the already rich get multiple fantastic opportunities to win and the poor cannot even get a draw because the machine is broken.

Naturally, opinions are not as black and white as Oliver suggests. Some wealthy people support high estate taxes. Some poor people do not think income inequality is necessarily bad. Oliver is of course exaggerating for comedic effect. The important thing to consider is what you believe to be the truth and whether or not you think income inequality and the estate tax are good or bad. Or, perhaps, you agree with Oliver?

For additional information on estate tax planning and other estate planning topics in Houston, please visit my website.