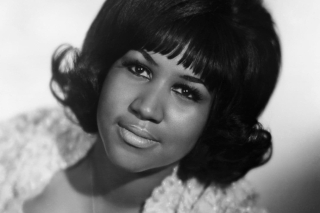 The big buzz about Aretha Franklin is the gold-plated casket, the Christian Louboutin patent leather shoes and the fact that she died without a will.

The Queen of Soul’s four sons have filed a document that lists themselves as “interested parties” in her estate, according to an article from cbs.com titled “Report: Aretha Franklin left no will.”

A document that was said to have been filed with the Oakland County Probate Court in Michigan and signed by her son Kecalf and her estate attorney David Bennett noted the absence of a will.

"The decedent died intestate and after exercising reasonable diligence, I am unaware of any unrevoked testamentary instrument relating to property located in this state as defined" under the law, the document said, according to the Detroit Free Press.

Because she died intestate or without a will, Franklin's finances will become public. Her niece, Sabrina Owens, has asked Judge Jennifer Callaghan to be the personal representative of the estate.

Don Wilson, Aretha's entertainment lawyer, commented to the Detroit Free Press that he repeatedly suggested that she create a trust.

"I was after her for a number of years to do a trust," he said. "It would have expedited things and kept them out of probate and kept things private."

The attorney said he would’ve helped Aretha manage her holdings in music publishing and copyright issues for estate planning. Wilson added that at this point, it's impossible to estimate the value on her song catalog. However, he also said that she retained ownership of her original compositions.

In her home state of Michigan, the assets of a deceased person who was unmarried are divided equally among children. However, creditors or extended family members could contest the estate.

Aretha Franklin died at her home in Detroit after a long battle with cancer. Fans went to the Charles H. Wright Museum of African American History for a public visitation, where they paid their respects, while her gospel music recordings were played.