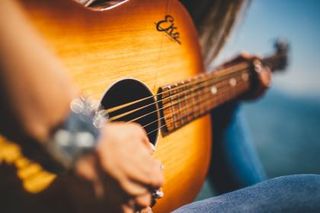 Wife of music legend Glen Campbell, Kim thought that her husband's forgetful moments were part of the normal aging process. Once she realized that his symptoms were not normal, she went to the experts and got the bad but necessary news. In 2011, at age 79, Glen Campbell was diagnosed with Alzheimer's. His farewell tour was planned, and his final performance took place on November 20, 2012. A documentary of his Alzheimer's diagnosis and final tour, Glen Campbell: I'll Be Me, was released in 2014.

"Getting the diagnosis helped me a lot," Kim Campbell said in a recent telephone interview with the Lexington Herald-Leader, in "Wife of Glen Campbell takes on role of Alzheimer's advocate, speaker." She was candid with the reporter, admitting, "Before the diagnosis, I would get frustrated with him, and irritated and annoyed."

Alzheimer's impacts about half of all people over the age of 85 and kills nearly 100,000 Americans each year. It's named for the German doctor Alois Alzheimer, who discovered the distinctive tangles and plaques of the disease in the brain of a female dementia patient in 1906.

Kim Campbell said the disease needs to be approached from a perspective of examining what the patient still can do versus what he or she can't. What can caregivers do to give them comfort and joy?

Glen Campbell now resides in a memory care unit. Kim Campbell said she tried one last time to have her husband at home — "I missed him so much, and I thought, I've just got to try it one more time. (But) I couldn't bathe him without a fight, or change his clothes. Glen's a big man, and he was not easy."

Kim Campbell said she speaks out about Alzheimer's disease to help families because Alzheimer's "is definitely the most feared disease. You lose control of your life. There are identity issues and autonomy issues."

She also shared her perspective on the practical tasks that need to be taken care of and emphasized that estate planning—especially having advance care health directives in place—becomes critical for an Alzheimer's patient and family.

For additional information on estate planning and planning for disability in Houston, please click here to visit my website.