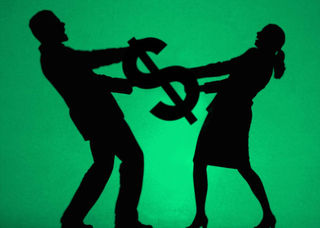 Perhaps if Dr. Nathaniel Shafer knew what was to come, he may have made some changes to his will that might have precluded a nasty dispute between his wife and his children from a previous marriage. Dr. Shafer’s will leaves a $10 million estate entirely to his wife and her child from a different marriage, Dr. Shafer’s children from a prior marriage accuse their stepmother of filing a fake will.   Estate planning for a blended family can be tricky.

Jennifer and Robert Shafer, the children from a previous marriage, are claiming that their stepmother filed a fake will. They want the court to throw that will out and to use an earlier will that leaves half of the estate to them. To prove their claim, the Shafer siblings are asking the court to waive a doctor-patient privilege so a therapist the couple saw can testify about their relationship.

The New York Post reported this story in an article titled "Siblings claim stepmom filed fake will to get $10M inheritance."

Claims of fake wills are not quite as common as claims of using undue influence to have someone create a new will. That might be because wills are not particularly easy to fake. It is not quite as simple as merely forging the deceased's signature. Wills require witnesses for a reason: so they can be called to testify that they did in fact see the deceased sign the will.

The original article does not explain how the siblings plan to get around the witness issue, if the witnesses are able to testify that they saw Shafer sign the will that was filed with the court. As is often the case, there may be more to this than meets the eye.

For additional information on estate planning for blending families in Houston, please click here to visit my website.