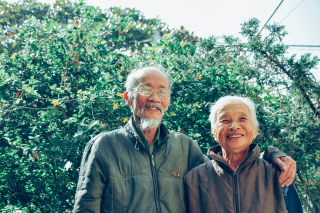 When one spouse needs nursing home care and the other is healthy, there are several approaches that can be taken to securing Medicaid coverage. An elder law estate planning attorney should be contacted, since every situation is different. For some couples, a Medicaid-compliant annuity may be a solution.

What happens when one person needs long-term nursing home care, but does not have long-term care insurance and the family cannot afford to pay out of pocket? Applying for Medicaid is difficult if you have too much money to qualify, but not enough to allow the healthy spouse to afford to pay their bills.

Doing a “Medicaid spend down” requires the person to become broke, before they are eligible. What happens to the spouse’s lifestyle? One solution is a Medicaid Annuity, as described in U.S. News and World Report’s recent article, “What Is a Medicaid Annuity?”

Medicaid spend downs can work for some people, but sometimes they’re as bad as they sound. What If you have a situation where your father needs Medicaid to pay for a nursing home but your mother’s health is OK. You can drain their savings to make your father poorer and eligible, but then your mom will have even less on which to live.

That's why some people use a Medicaid-compliant annuity. An annuity is a fixed sum of money that’s usually paid every year indefinitely for the rest of a person's life. When people purchase an annuity, it’s frequently deferred. That means the payout doesn't happen for some time.

Medicaid-compliant annuities aren’t a do-it-yourself project. Talk to an elder law attorney. He or she will educate you on how it works. There are tax issues and life expectancies to consider.

You should be careful: don’t confuse a Medicaid-compliant annuity with what an insurance agent may call a "Medicaid-friendly" annuity.

The use of a Medicaid-compliant annuity needs to be considered in light of the couple’s overall financial solution. It should be done with a team of professionals to ensure that everything is done correctly. Talk with your Houston estate planning attorney to see how this would align with your estate plan and your plan for retirement income.