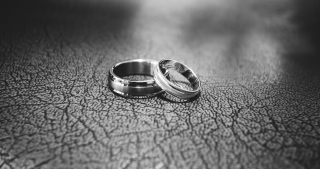 Early adult life is simple. You may or may not have children, a car, a lease on an apartment. However, by the time you reach your 50s and 60s, you likely have some decent assets, like retirement accounts, investments, real estate and maybe even a few collectible cars. You’ll want a prenup, before you walk down the aisle again.

A prenup the first time you get married may seem overly protective, unless there’s a big economic difference between the couple. However, after a lifetime of work, building a business or a retirement portfolio, you want to be sure that a second marriage doesn’t create a financial calamity if it fails. A prenuptial agreement lets you go about enjoying your second marriage, says this recent article, “All About Prenups For Second Marriages,” from Forbes.

Here are some of the issue to consider in second (or third) marriages:

In a prenup, the couple can decide how they will support themselves during the marriage and can create a plan for withdrawing retirement assets, depending on their relative wealth.

An issue with prenups for second marriages, comes from the distinction between “separate property” and “marital property.” Separate property is typically the property brought into the marriage and all past and future inherited property. Marital property are those assets that are built up through the efforts of the spouses, usually by lifetime earnings in the workplace.

However, what if the couple is retired, there is no opportunity to accumulate marital property and one of the spouses doesn’t have adequate separate property to provide for his or her retirement? That spouse may then feel vulnerable, if they divorce. This can foster bad feelings that fester during the marriage. A prenuptial agreement can alter this dynamic and provide a fair and easier result, if the marriage fails or if a wealthier spouse predeceases a less-moneyed spouse.

In a second marriage after 50, many people like to leave money to their children when they die and provide for their new spouse. A prenup can detail that an estate plan be created after the couple marries, to get the result they desire. The assets of the deceased spouse can eventually be distributed to the surviving spouse and the deceased spouse’s children. Some assets can be placed in a trust to benefit the surviving spouse during his or her lifetime. The rest can go to the children of the first spouse, after the death of the surviving spouse. In a second-marriage prenup, a couple can also decide that way in which they might assist their children financially during the couple’s lifetime.

A nice benefit of a prenup for a second marriage, is that it can specify the legal process to use if the couple divorces. For example, a prenup can require alternative dispute resolution, if there’s a divorce or if there is a disagreement between the heirs of a spouse and the surviving spouse.

If creating an equitable prenup that protects both people’s interests creates a big problem, this may be a red flag about the wisdom of the union. There are instances where even the mention of a prenup sparks disagreements that turn ugly fast. It is better to know in advance that your fiancé has a credit problem, debt or a poor track record of managing money than after you are married.

Reference: Forbes (February 13, 2019) “All About Prenups For Second Marriages”