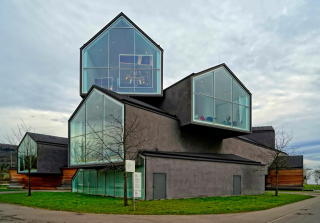 If you think of retirement as a one-time purchase, it is the biggest thing you’ll ever buy. Trying to pay for retirement without the funding, is asking for the impossible.

Compared to buying a new car or a house, paying for retirement is the biggest purchase of a lifetime, according to a study from Merrill Lynch and Age Wave reported in Credit Union Times, “Retirement Is ‘Life’s Most Expensive Purchase.”  Conversations over the course of four years with 50,000 people about their plans for retirement revealed some very problematic trends.

Some experts recommend that you look at retirement as purchasing something in your future so that it alters the dynamic of how you plan. In other words, you’re trying to accumulate the assets and the ability to purchase a fantastic future.

The study examines the reasons why people aren’t saving more. It discovered that people have a variety of reasons for not saving for retirement.  However, the most frequently mentioned in the study are not having enough money left after paying basic expenses (41%) and paying down debt (38%).

The study also found that there is a significant “intention-action gap” in how Americans are saving for retirement. It looks like Americans know they should be saving more, but they’re not doing it.

There is an awareness that living within a budget or spending less than you earn are good habits that can leave some cash available to be saved or invested for retirement, but Americans are only saving 5.5% of their disposable personal income. That’s up from a low of 3% during the recent recession, but significantly lower than the national 13% savings rate in the early 1970s, according to the study.

For additional information on retirement and estate planning in Houston, please visit our website.