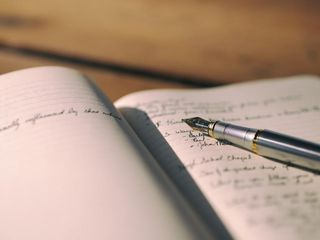 This is one of those problems that you think you've solved, only to discover that the problem still exists. The best workaround we can think of: overdoing due diligence, well in advance.

When you took the necessary and advisable step to have a parent or other relative sign a durable power of attorney, you might have felt relieved, secure in the knowledge that you were now prepared and protected to handle their finances if they become incapacitated.

However, The New York Times explains in “Finding Out Your Power of Attorney Is Powerless” that when you take the witnessed and notarized document to a financial institution, the officials there may not accept the documents. They may not honor your power of attorney and may insist that the account owners sign the institution’s own power of attorney form.

Sometimes when a person is helping an older relative consolidate his or her accounts, the individual will run into this roadblock. The local bank will not accept the out-of-state power of attorney that the relative had signed three years earlier, when this individual sold his or her house. The bank has its own more detailed state form. In the meantime, the relative has developed dementia.

This is not a rare occurrence. Houston Elder law attorneys often encounter financial institutions unwilling to honor valid powers of attorney. Even when some state statutes require banks to accept a durable power of attorney, or waive their liability when they do accept it, elder law attorneys have seen some banks resist.

Financial industry executives have not given any estimates of how many banks and brokerages insist on their own power of attorney forms, but it is uncommon, they say. Nevertheless, banks argue that they hold important assets and need to be careful when someone is asking for access to a customer’s account. This is a valid concern. Government agencies and advocacy groups warn us about the financial exploitation of seniors, particularly those with cognitive impairment.

Banks also have other motivations. When they are insisting on their own forms, they are concerned about liability.

What can you do? A Houston elder law attorney can help with banks and brokerages honoring valid powers of attorney by going above local managers to higher-ups. You can also be proactive by asking a brokerage or bank if it requires its own durable power of attorney document and, if it does, having your relatives sign it when they are still able to do so.

It may seem like double work, but by going above and beyond now and working with a Houston elder law or estate planning attorney to review all of these forms in advance, you will be better prepared if and when you need to represent a loved one using the power of attorney.

For additional information on powers of attorney or estate planning in Houston, visit our website.

Reference: New York Times (May 6, 2016) "Finding Out Your Power of Attorney Is Powerless"