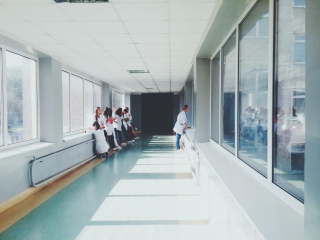 Americans in their fifties and sixties may want to think twice about putting off their “bucket list” trips and accomplishments. Recent statistics indicate you may be better off enjoying life now.

As the government shifts retirement ages higher and employees are working later in life, the health of Americans is changing, and not for the better. According to a recent article in Think Advisor, “Americans Are Retiring Later, Dying Sooner and Sicker in Between,” millions of Americans will likely have shorter and far less active retirements than their parent’s generation.

The U.S. age-adjusted mortality rate, which is a measure of the number of deaths annually, increased 1.2% from 2014 to 2015, according to the Society of Actuaries. It’s the first year-over-year increase since 2005, and only the second rise greater than 1% since 1980.

Meanwhile, Americans’ life expectancy is stagnant, with millions of U.S. workers waiting longer to retire. The age when people can claim their full Social Security benefits is sliding up, from 65 for those retiring in 2002 to 67 in 2027. Nearly 33% of Americans age 65 to 69 are still working, along with almost 20% in their early 70s.

Postponing retirement can make financial sense: extended careers can make it possible to pay for retirements that last beyond age 90 or even 100. However, a recent study cautions about this calculation, because Americans in their late 50s already have more serious health problems than people at the same ages did 10 to 15 years ago.

Death rates can vary from year to year, but research is showing that the health of Americans is deteriorating. Researchers say that an epidemic of suicide, drug overdoses, and alcohol abuse have contributed to a spike in death rates among middle-age whites. Higher rates of obesity may also be a cause.

However, the declining health and life expectancy are good news for one group—pension plans.  These plans must send a monthly check to retirees for as long as they live.

According to the latest figures from the Society of Actuaries, life expectancy for pension participants has gone down since its last calculation by 0.2 years. Today’s 65 year old American man can now expect to live to 85.6, and a woman can expect to live to 87.6.

For pension plans, the change in life expectancy could mean a 0.7% to 1% change in the plan’s obligations. That’s a significant difference.