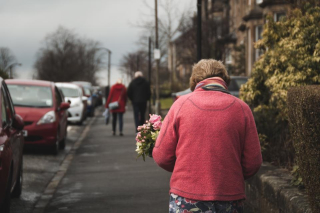 A recent case of elder abuse in Michigan that resulted in only a misdemeanor, may have been the last straw for legislators.  They introduced a law that would make it a felony, if a person was convicted of harming a vulnerable adult or senior citizen.

The punishment for causing serious physical or mental harm to a vulnerable adult in Michigan is only a misdemeanor, according to a recent article in WZZM, “Lawmakers introduce tougher laws to protect vulnerable senior citizens.”  However, that may be changing soon.

Legislation that was recently introduced in Michigan's House of Representatives would toughen the penalties for somebody who "assaults another person that he or she knows or reasonably should know is an elder adult or vulnerable adult", which "causes physical injury, pain, or mental suffering" to them. The individual would be guilty of a felony punishable by imprisonment for more than four years or a fine of not more than $5,000.

The issue is timely and important after a former Grand Rapids Home for Veterans caregiver Laurie Botbyl was convicted of a misdemeanor last month. With the new proposed law, prosecutors could have sought a felony charge against her.

A video obtained by a news outlet last year shows a fight, as Laurie Botbyl tried to get 83-year old veteran Maynard Mathers under control while he sat in a wheelchair inside the Grand Rapids Home for Veterans. Immediately thereafter, Botbyl placed both of her hands on the chair's handles, pulled the chair in and pushed the wheelchair forward out of her control. Mathers was injured after the incident. The local prosecuting attorney said his office didn’t have crucial medical evidence to move the case forward in early 2016 and didn’t indict Botbyl. However, the case was re-opened after a TV investigative team obtained medical evidence indicating that Mathers had multiple injuries, including a "skin tear" on his leg when he was pushed into the desk in his wheelchair. The evidence prompted the prosecutor to take a second look at the case, which led to the criminal charge being filed against Botbyl. She is scheduled to be sentenced for the crime this fall.

"This is the (legislature) trying to protect seniors as a vulnerable group in our state," Rep. Diana Farrington (R-Utica) said. Rep. Farrington sponsored the bill as part of a six-bill package aimed at protecting senior citizens.

"There should most certainly be serious penalties for harming an elderly adult or a vulnerable adult," Rep. Winnie Brinks (D-Grand Rapids) said. "If it helps prevent the kinds of tragic abuse and neglect people suffered at the Grand Rapids Home for Veterans, I will gladly vote for it."

Bipartisan support for the bill is already in place. Many lawmakers have said that they never want to see this kind of incident occur again, and wish to protect all seniors and vulnerable people.