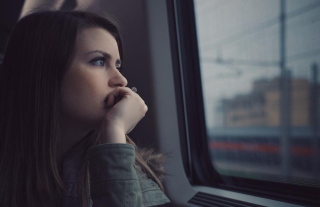 It sounds like a nightmare scenario, and for many elderly, it is a reality: a court appoints a guardian and they lose the ability to make decisions about their assets and their lives, often with no advance warning.

An article in Reuters reports on a journalist’s investigation that revealed a case where a private guardian was appointed by a court in Nevada and got a court order making her guardian of a couple who had an adult daughter. With no advance notice to the couple or their daughter, the guardian sold all of their assets and got them admitted to a nursing home.

Reuters’ article, “With U.S. elder abuse in spotlight, a look at guardians,” reports that the abuses of private-guardian systems in some states have been known by policy and legal experts for years.

When a case involves low-income people, a public guardian typically is appointed, and private guardians are assigned when people have financial assets. A 2010 report by the U.S. Government Accountability Office (GAO) identified hundreds of allegations of abuse, neglect and exploitation by guardians in forty-five states and DC between 1990 and 2010. The GAO reviewed 20 cases and found that guardians had stolen or otherwise improperly taken $5.4 million from 158 incapacitated victims, many of whom were older adults.

Problems with abusive guardianship systems have also been reported in Arizona, Florida, and New Mexico. Reform will require commitment by the states to use more oversight in the selection, training, and monitoring of guardians. Without significant reforms, the problem will grow as the country ages.

Many experts argue that more thoughtful oversight and accountability of guardians is needed. In situations where a judge isn’t concerned about a single guardian or one guardianship organization, they can allow guardians to take hundreds of people under their control. Where money and incapacity are an issue, there is always a risk of abuse without checks and balances.

There are two general legal requirements that must be satisfied before a court will appoint a guardian: (1) there must be a finding of incapacity; and (2) there must be a court determination that there’s a need for a guardian (no one has already been designated by the person in question to act as his or her agent or trustee before they became disabled).

Can you protect yourself against becoming a victim? Yes, most definitely. Start by working with an experienced estate planning attorney, who will create and execute legal power-of-attorney documents addressing financial and healthcare matters. Name a trusted person who you would want to manage your legal, financial and health matters, in the event you become incapacitated and make sure that they are willing to serve. If you do not have family members or friends who can serve in this role, speak with your estate planning attorney to determine whether or not a trust company or bank can take on one or more of these roles.