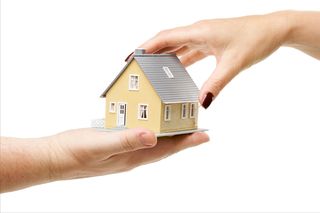 Reverse mortgages, which allow homeowners 62 and older to borrow money against the value of their homes that need not be paid back until they move out or die, have long posed pitfalls for older borrowers.

Although a reverse mortgage has some advantages, such as offering a means of cash to make ends meet, the financial community has been quick to point out that there are also some serious pitfalls to these mortgages.

The biggest drawback to bear in mind is that your heirs and loved ones may bear the brunt of the burden when it comes to those drawbacks. It is important to know how reverse mortgages work before you sign up for them. While you are at it, make you’re your heirs and other inheritors know what to expect.

The issue of reverse mortgages and inheritances is not a new difficulty. Nevertheless, it does seem to be a new sour spot between borrower families and lenders. The New York Times recently reported on the situation as more and more baby boomers are finding themselves discovering that the “Pitfalls of Reverse Mortgages May Pass to Borrower’s Heirs.” Whether you are the one with a reverse mortgage (or considering taking one out) or one of those on the inheriting end, this article is worth reading.

Ideally, a reverse mortgage is supposed to assist an elderly person or couple by providing a “loan” against the value of their home. The home equity serves as the security for the loan. The loan is really only expected to be dealt with at the time of their passing (or, earlier should they move). The home is likely their most valuable and yet entirely non-liquid asset, after all. Following the death of the elderly person or last surviving spouse, the lender either forecloses on the house to secure repayment of the reverse mortgage or, by law, the family/inheritors are allowed to pay off the balance or some lesser settlement amount.

Apparently, more and more lenders are playing hard ball. They are hiding the pay-off options, the settlement options, and even moving straight to foreclosure proceedings within weeks of the passing of the borrower. This means that many baby-boomers finally inheriting the home either will not inherit the home at all or end up fighting against a bureaucracy.

Even if it’s not intentional on the part of lenders, it’s still a very real problem for even diligent heirs to face. It’s important to know the difficulties that may be inherited, whether you are set to leave the house behind or whether you’re set to inherit it and want to keep it in the family.

For additional information on estate law in Houston, please visit my website.