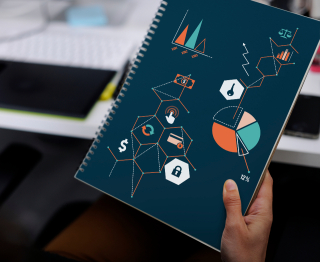 Most donations are made in December, and charities of all shapes and sizes make the most of the holiday spirit. However, by taking a bit of time to plan out charitable giving, including doing some research and talking with your family about your legacy, your giving could have a greater impact this year and in years to come.

A rough ride in the start of the year’s markets and changes to the tax laws have left many donors wondering if they can afford to be as generous in 2019, as they were in the past. Fundraisers advise donors to think more about what non-profits have greater meaning to them and to take a more thoughtful approach to giving. Philanthropy is still good for your legacy, sense of community and, when done right, taxes.

The Reno Gazette Journal’s article, “Get an early jump on charitable giving” looks at tax planning opportunities for charitable giving, specifically in light of the Tax Cuts and Jobs Act and Qualified Charitable Distributions (QCD). Here’s a review of why people give. The primary reasons for donating include the following:

The true effect of the new tax laws won’t be known, until after the country’s tax returns are filed in April. Some–such as Giving USA–think that charitable giving will decrease, but others contend that high-income taxpayers will be motivated to donate more.

QCDs are direct transfers from IRAs to eligible charities. For this to happen, the IRA accountholder must be 70½ or older. The benefits of the QCD include:

Note that QCDs can come only from IRAs and not from employer-sponsored plans (SEP, SIMPLE and 401(k)). However, you might be able to roll those employer plans to IRAs to be eligible for QCDs.

If you qualify for itemized deductions, the QCD is still better for you because it reduces your AGI, which is more favorable than a charitable deduction which reduces taxable income. You should also remember that donor-advised funds and private family foundations are excluded.

Speak with your estate planning attorney to find the best solution for your charitable giving. They’ll be able to guide you to making your donations work for you and for your charity of choice.