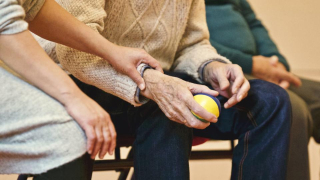 It is premature for anyone who depends upon either Medicaid or Obamacare to breathe a sigh of life. While recent attempts to repeal Obamacare have failed, both of these programs are being targeted.

Medicaid is far more important to more Americans than most people know. It does provide healthcare for the poor, but it also pays for long term care health care and nursing home care for millions of Americans.

Radio station WTOP in Washington, DC recently posted an article, “Why Medicaid matters to you,” which says that long-term care in the U.S. is extraordinarily expensive: the median annual cost of a private room in a nursing home is more than $92,000. A shared room costs more than $82,000. Expect these prices to continue to increase, since costs have risen by 19% since 2011. Similarly, the median price for care in an assisted living facility exceeds $43,500 and those seniors who want to stay at home with the help of an in-home aide from a home care agency pay $20 an hour or $175,000 a year for round-the-clock care.

The U.S. Department of Health and Human Services found that 70% of people turning age 65 can anticipate needing some form of long-term care during their lives. It’s also important to know that long-term care isn’t usually paid for by Medicare, the government program that covers seniors, or by private health insurance policies.

Many Americans are just not financially able to pay on their own for nursing homes and other types of assistance when they are elderly. About half of households age 55 and older have no retirement savings, such as a 401(k) plan or an IRA.

Many people believe that Medicaid just covers poor people, but in fact 28% of its overall budget is earmarked for long-term care. That money is critical to seniors and to their nursing home care. In 2014, Medicaid paid for 62% of nursing home residents. It is also covering assisted living and in-home care, which many elderly people prefer.

Republican proposals to repeal and replace Obamacare highlighted significant cuts to Medicaid that would have affected seniors receiving long-term care. If a repeal does occur, many elderly will be prohibited from receiving needed care and will have to ask family members for support.  Older adults now receive $470 billion worth of unpaid care each year, and without Medicaid, the elderly may need to ask even more of their relatives. Providing care full-time for someone who is physically disabled or has dementia can be emotionally exhausting and can lead to mental and physical health problems for the caregiver, create fighting within families, and be financially draining, particularly when it impacts the caregiver’s ability to work outside the home.

As America ages, the cost of care for the elderly is expected to increase substantially. By 2030, nearly 73 million Americans will be 65 and over, representing more than 20% of the population. Chances are good they are going to need help with healthcare costs.

Think about meeting with a Medicaid Planning estate attorney in Houston.