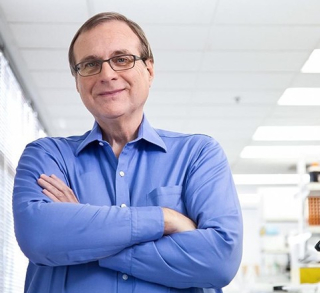 The co-founder of Microsoft serves as an excellent example of advance planning, maintaining privacy and creating a legacy.

Through a trust established years ago and several companies, Paul Allen began building his legacy of philanthropy long before his death. His last will and testament was a simple six-page document, according to an article from The Seattle Times, “Paul Allen’s will sheds little light on what will happen to estate.”

The will was filed with King County on October 24—the same day his sister Jody announced she was named the executor and trustee of his estate.

Allen died on October 15 at age 65, from complications of non-Hodgkin lymphoma.

He was a Microsoft co-founder, who operated a long list of business and philanthropic initiatives that helped shape the Puget Sound region. His business concerns included owning the Seattle Seahawks, donating significantly to the arts community and scientific research, and running the multifaceted Vulcan Inc., which reshaped the real-estate landscape of South Lake Union.

Allen’s will places his assets into a 25-year-old living trust, where their disposition is not expected to be made public. It is important to remember that wills are public records, but trusts are not.

The will also sets out a list of successors, if Jody Allen declines or is unable to serve as executor.

Jody can appoint someone, or it would next fall to Nancy Peretsman, the managing director of investment firm Allen & Co., which is not connected to Allen. After him, the duty would fall to lawyers Allen Israel and Nicholas Saggese.

Jody Allen said in October that she “will do all that I can to ensure that Paul’s vision is realized, not just for years, but for generations.”

Many tributes to Allen have taken place since his passing. In early November, buildings in Seattle and throughout the state were lit up in blue, his favorite color and the color of the Seattle Seahawks, the football team he owned.

Reference: The Seattle Times (November 8, 2018) “Paul Allen’s will sheds little light on what will happen to estate”