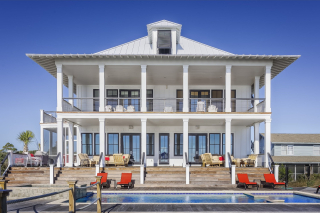 Many instances of estate planning disasters start when well-meaning people try to use a simple solution for what is ultimately a complicated problem. It’s better for all concerned to meet with an estate planning attorney who can present strategies that will achieve goals, rather than attempt a do-it-yourself plan that creates more problems than it solves.

In one example of a do-it-yourself estate plan, a husband decides to use his inheritance to purchase the family home. His wife signs a quitclaim deed to him that puts the property into his living trust, on the condition that if he dies before she does, she is allowed to live in the home until death.

However, the living trust was never signed. So, what would happen to the property if the husband were to die before the wife?

This can be complicated if the couple lives out-of-state and it’s a second marriage for each of the spouses. They both also have adult children from prior marriages.

The Herald Tribune’s recent article, “Home ownership complications need guidance from estate planning attorney,” says that in this situation it’s important to know if the deed was to the husband personally or to his living trust. If the wife quitclaimed the home to her husband personally, he then owns her share of the home, subject to any marital interests she may still have in the home. However, if the wife quitclaimed the home to his living trust, and the trust was never created, the deed may be invalid. The wife may still own the husband’s interest in the home.

First, the wife should see if the deed was even filed or recorded. If it wasn’t recorded or filed, she could simply destroy the document and keep the status of the title as it was. However, if the document was recorded and she transferred ownership to her husband, he would be the sole owner of the home, subject to her marital rights under state law.

If the trust doesn’t exist, her quitclaim deed transfer to an entity that doesn’t exist would create a situation, where she could claim that she still owned her interest in the home. However, the home may now be owned by the spouses as tenants in common, rather than joint tenants with rights of survivorship.

An experienced estate planning attorney would have been able to sort through the many moving parts of this transaction, create a solution that protects all concerned and make sure that the documents are properly executed, signed and recorded.