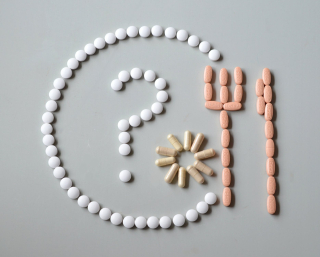 The unknown about spending in retirement is not just whether it will be higher or lower, but when during the course of retirement, you’ll be spending more or less. If you downsize, housing costs will decrease, but if you travel more, recreational spending will rise.

According to a recent article from Investopedia, “How to Plan for Medical Expenses in Retirement,” healthcare is likely to be the biggest expense in retirement. A survey from Fidelity Investments found that a 65-year-old newly retired couple should budget about $285,000 for medical expenses in retirement. It is better to have the money set aside than to be surprised by the cost. That number also does not include long-term care. Depending on where you live, those costs can range from $18,720 for adult day care services to $100,375 for a private room in a nursing home.

Despite saving and preparing for retirement their entire lives, many retirees aren't mentally or financially prepared for these types of expenses. A survey by HSA Bank found that 67% of adults 65 and older thought that they’d need less than $100,000 for healthcare. However, Fidelity calculated that males 65 and older will need $133,000—and females, $147,000—to pay for healthcare in retirement.

There are two important numbers for healthcare expenses in retirement: how much money is coming in and how much is going out. A typical person in their 60s has an estimated median savings of $172,000. On average, those 65 and older spend $3,800 per month, but Social Security only replaces about 40% of their working-life income.

There are two ways pre-retirees can create a safety net for healthcare spending, when they retire. One way is with a Health Savings Account (HSA). HSAs are available with high-deductible health plans and offer three tax advantages: (i) deductible contributions; (ii) tax-deferred growth; and (iii) tax-free withdrawals for qualified medical expenses. HSA funds can be used to pay for certain medical premiums, like Medicare premiums and long-term care insurance premiums. If you’re in your 50s, you can still maximize these plans, by taking advantage of catch-up contributions and employer contributions. However, those already enrolled in Medicare can’t make new contributions to an HSA.

You can also buy long-term care insurance to fill the gap left by Medicare. This policy can pay a monthly benefit toward long-term care for a two-to three-year period.

Rather than hope for the best, which is rarely a good plan, be realistic about the costs of medical expenses and include these costs in your retirement financial plan.

Reference: Investopedia (June 25, 2019) “How to Plan for Medical Expenses in Retirement”