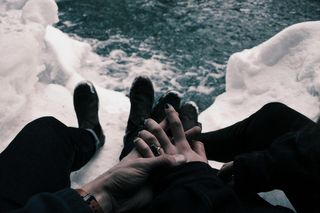 In many cases, the incapacitated person does need the protection of a guardian. But far too often, the guardian is the source of abuse, and the lack of oversight leads to appalling situations.

Celebrity cases where persons appointed as guardians fleece their relatives or sequester them against their wills in nursing homes may get the headlines, but what happens to regular people is one of the quiet shames of our country. Despite many changes in the law, vulnerable people continue to be abused by professionals and family members whose interests are not in the well-being of the person they have been court-appointed to protect.

When a judge imposes legal guardianship or conservatorship, the ward or "incapacitated person" may no longer be allowed to decide where to live or whom he or she will see. If a guardian is appointed, that individual gets to decide whether the ward is allowed spending money. He or she won't be able to enter into contracts, including marriage, or demand a different guardian—even if the guardian is abusing the ward or stealing his or her money.

According to a recent nextavenue.com post, "Guardianship Laws: Improving, But Problems Persist," there were 33 changes in adult guardianship laws in 18 states in 2014. A report by the Commission on Law and Aging of the American Bar Association stated that the changes were on issues like background checks on guardians, access of the ward to visitors and phone calls, health care decision-making by guardians, fees, and rights of people under guardianship.

There are no reliable statistics on exactly how many guardianships there are nationwide. Today, experts believe that there are 1 million to 2 million. Some of the changes in recent years include these requirements:

But many states are resistant to change. One major push in new legislation in the U.S. has been to require judges to grant limited guardianship orders whenever possible, instead of a complete and total termination of the ward's rights. A preference for limited orders is the statutory mandate in almost every state, but there are an excessive number of removals of rights in too many cases. There's a strong push for judicial efficiency against them.

Many advocates think that it's way too simple to get a judge to sign off on a guardianship or conservatorship. The evidence stating that the older adult can't handle his or her own affairs is supposed to be "clear and convincing," but it really may only be one of the following:

The court system was never designed to serve as a monitoring agency, and that is where much of the vulnerability lies. State law may require guardians and conservators to maintain records of their activities and file reports with the judge, but few courts possess the resources to be actively engaged in each case. The laws may continue to change, but without the ability to monitor guardians, the potential for abuse continues.