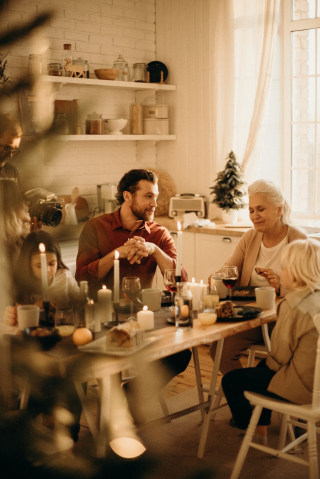 A fear that children will not be motivated to have careers because of their family’s wealth is a concern. However, in the long run, it can hamper how wealth is handled by the next generation.

In a perfect world, discussing a family’s legacy should be a process that begins when children are old enough to understand concepts as simple as giving and the notion that wealth comes with social responsibilities. In reality, few discuss their philanthropic or legacy goals with their children.

CNBC’s recent article, “Don’t expect Mom and Dad to clue you in on your inheritance,” says that 8 out of 10 financial advisors said that “some” or “hardly any” of their clients involve the next generation in family philanthropy, according to a recent survey from Key Private Bank.

The IRS will allow you to transfer up to $11.4 million ($22.8 million if you’re married) to your heirs, either in gifts during your lifetime or in bequests at death, without the 40% estate and gift tax. Remember that charitable bequests are deductible, lower your gross estate and reduce the estate tax bill.

Donor Advised Funds are tax-advantaged accounts that people can open at a brokerage firm and fund with cash, securities and other assets. It’s important to establish the charitable vehicle, like a donor advised fund, during your lifetime.

It’s best to be open about your own values and the causes you want to support.

Children would like to participate in their inheritance beyond the financial assets. They also should understand what values were important for Mom and Dad.

Listen to your children and grandchildren, because younger generations bring a different view to the charitable giving conversation. Getting them involved early, will also prepare them to be good stewards.

Letting heirs select the causes that matter to them, includes allowing them room to make the occasional mistake. This is how they will learn. They will benefit from guidance and support, but let them be in charge of their efforts.

Reference: CNBC (September 18, 2019) “Don’t expect Mom and Dad to clue you in on your inheritance”