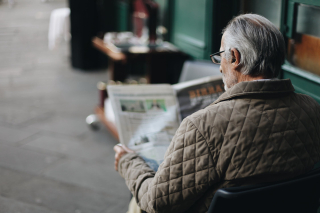 For example, there are hundreds of cases listed on the Arizona Adult Protective Services Registry. The registry lists the names of suspects and circumstances of substantiated or uncontested claims of the exploitation and abuse of vulnerable adults.

Nearly all of these cases involve people the victims should have been able to trust, such as a caregiver or someone with power of attorney. The cases also include forging checks, using credit cards and selling a victim's home and pocketing the proceeds.

Experts think the problem will only get worse as the population ages. Families are cautioned to pay extra attention after a major life change, like a medical diagnosis or the death of a spouse. People who have suffered a loss or a frightening life event are lonely. When someone enters their life, they're just excited to have someone to talk to.

Warning signs include a change in behavior. That sometimes shows as a new person is entering their life and is actively isolating them, or suddenly, they're not sharing information with you as before.  There may also be items that go missing around their house. These thefts often begin with small loans that aren't paid back, or money for helping around the house. However, this eventually increases as time passes, and the exploiter gets braver.

In Arizona, the State Department of Adult Protective Services investigates elder financial abuse complaints, but these cases are rarely criminally prosecuted. Families frequently have to use the courts to undo damage and prevent future problems, especially if the family member is in denial about being exploited.

Some of the options available to family members are to petition the court for conservatorship or guardianship. They can also request that a guardian ad litem be assigned. This is a court-appointed attorney who is responsible for acting on behalf of the victim.