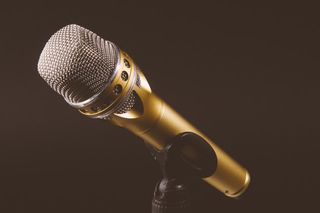 Once again, the value of image and other intangibles will overshadow any other issue with a celebrity estate that is expected to break earnings records.

The countdown on the estate tax liability for Prince's fortune has already begun, but arriving at the final number will not be easy and certainly will not be resolved without significant legal action.

For those involved with Prince's estate, calculating just how big Uncle Sam's bite may be a real challenge. Some say it's next to impossible and might also fuel a lengthy feud between the government and the estate, as more than half the estate's value could be forfeited in taxes.

But what is that value?

The Investment News says in "Prince's death sets off estate planning quagmire" that the big immediate issue is placing a value on intangible assets, like the future royalties the artist may earn from a body of work.

Prince's fortune was about $300 million, and the divide between how the IRS and his estate view the present value of future royalties could be extremely significant. The death of a popular artist can mean increased valuation. Experts say that death has an impact on the artist's body of work.

The IRS will say his death will blow the royalties off the charts. However, the estate's attorneys will oppose such a move.

That's why the estate of the late Michael Jackson is currently locked in a court battle with the IRS. The government valued Jackson's name and image upon death at more than $434 million. However, his estate's estimate was a tad bit lower: $2,015.

The IRS has learned its lesson from the case of Elvis Presley's estate. It didn't anticipate the phenomenon of the king's increasingly popular catalog after he died in 1977.

Elvis generated $55 million in 2015 alone, which was second only to Michael Jackson's $115 million, according to Forbes' list of top-earning dead celebrities. Now the IRS is taking this potential revenue stream much more seriously.

And, as a New York Times article indicates, a "trove of Prince's recordings remains unreleased," so the potential value from those works is unknown.

Prince's estate has 15 months to file a federal estate tax return (nine months plus a six-month extension), and the estimated federal estate tax is due at the nine-month date. Note that Prince wasn't married at death, so there's no chance of a spouse taking advantage of the unlimited marital deduction, which would pass the estate to the spouse tax-free.

The federal government assesses a 40% estate tax on estate values over $5.45 million; however, Prince's home state, Minnesota, also has a state estate tax, with a top rate of 16%. In total, Prince's estate will be subject to a 56% tax when both are combined.

Whatever the final valuation of Prince's estate, 56% of the value will be a big number.

Of course, the ball is in the IRS's court because if it considers the tax amount paid by the estate to be undervalued, it will propose a valuation increase, which is open to negotiation. If the parties can't agree, the court battle will begin.

For additional information on estate planning, wills and asset protection in Houston, please click here to visit my website.