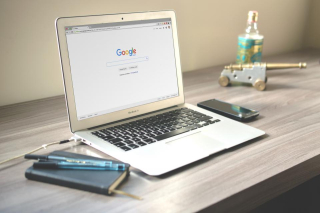 Here’s another reason to meet with your estate planning attorney face-to-face. An overseas-based scam is targeting the elderly with a website that uses photos and content stolen from real law firm websites.

A website purporting to be an estate planning law firm is the subject of a lawsuit from the Houston Bar Association, which is trying to get the site shut down. According to the Houston Chronicle, the fake firm, which calls itself Walsh & Padilla, is targeting elderly people and offering estate planning services.

In reality, the ABA Journal notes, in its article, “Fake law firm website uses real lawyers' pictures to fleece consumers, bar lawsuit says,” the scheme’s website appears to be operated from South Africa and uses photos of lawyers taken from real law firm websites. The scammers mail letters to elderly people telling them they’ll be getting life insurance proceeds, after they provide their bank account numbers and other financial details. One senior was scammed out of $14,000, the lawsuit says.

The bar association obtained a court order to shut down the website.  It is now trying to locate the web server and to serve the restraining order. The bar has also filed a criminal complaint with the local prosecutor’s office.

Walsh & Padilla marketed its real estate planning legal services to unsuspecting elderly clients on a website displaying professional looking attorneys attired in suits and ties.  However, a closer look by the Houston Bar Association discovered that the law firm was fictitious and the site was created to scam seniors out of their life savings. The site has actual contact information, including a working phone number with an automated voicemail system that connects callers to the box of partner “Jonathan Walsh.”

Walsh & Padilla was first noticed by the Houston Bar Association, when its president received a call from a Houston law firm letting him know that the photo of one of the association’s partners appeared over the name “Jonathan Walsh, B.A., J.D.”

An estate planning and probate attorney in Houston received calls from Canada.  He discovered that his estate planning law firm’s website had been duplicated by the fake firm. A Canadian resident was suspicious after being contacted by Walsh & Padilla, alleging that a relative in Houston left him a $6.2 million life insurance policy. Fortunately, the caller knew to question such an outsized claim, before sending his bank information.