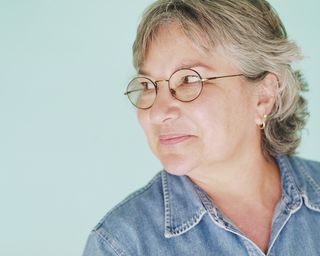 Arlene Germain, president of Massachusetts Advocates for Nursing Home Reform, said the new rules, once implemented, could substantially improve the lives of nursing home residents. But, she said, “strong oversight and greater nursing home participation are critical to ensure that the law’s benefits are meaningful and widespread.”

The process for dementia care compliance checks in Massachusetts has been slow, as the state handed out its dementia special care checklist for inspectors in December—almost six months after the rules were adopted.

The Boston Globe article, titled “Dementia care lacks oversight in Mass., data show,” says that despite the delays, state regulators are not conducting spot checks for compliance—they’re already just too busy with routine monitoring of more than 400 nursing homes. However, the state health department recently announced that its inspectors would now review dementia care during their annual visits to each facility. But this means some nursing homes may not be subject to these compliance checks for months.

The president of the state’s Advocates for Nursing Home Reform says the new rules, once implemented, could substantially improve the lives of nursing home residents. However, increased oversight and greater nursing home participation are crucial to ensure that the law’s benefits are meaningful. Nevertheless, nursing home administrators say they are struggling to comply with the rules due to its expense.

The Massachusetts Senior Care Association reports that many members have spent as much as $30,000 on the required staff training. Those rules—in addition to other general training requirements—are intended to close a loophole that allowed nursing homes to advertise dementia units without providing added training for their workers, specialized resident activities, or safety measures to prevent residents from wandering. Massachusetts is lagging behind the rest of the country on requiring these protections. The original article reports that a 2005 federal report noted that 44 states at that time already had requirements governing training, staffing, and security for facilities that provide specialized dementia care. Regulators believe it was important to mandate the training, as over 50% of the state’s 41,000 nursing home residents have dementia.

For additional information on elder law and estate planning topics in Houston, please click here to visit my website.