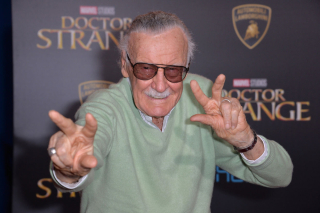 The New York Times recently published a chilling story that Max’s estranged son Adam virtually kidnapped him as he increasingly became incapacitated. Max’s second wife Mary had to fight for the right to bring him back home. However, Adam alleged that she tried to hire a hit man to damage the artist’s painting hand, and household employees accused her of neglecting her husband. Mary Max died of what is thought to have been suicide in New York City in June.

In recent years, the article said that Max was alleged to have been exploited by his family and associates, who had him signing canvases that others had painted in his trademark style. These bogus paintings were then sold at auctions as if they were his original artwork.

Elder abuse occurs to one in 10 adults over 60, according to the National Council on Aging, and 60% of elder abuse is perpetrated by family members. About two-thirds of those perpetrators are adult children or spouses. One of the most common forms of elder abuse is financial elder abuse. That’s the misuse or withholding of an older adult’s resources by another. Here are three preventive measures:

Reference: Next Avenue (June 14, 2019) “Stan Lee and Peter Max: What to Learn From Their Elder Abuse Cases”