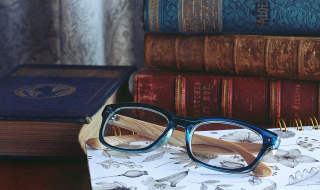 Groucho’s companion, Erin Fleming, was accused of elder abuse. His relationships with his son Arthur and daughter Miriam (children from his first marriage) were strained for various reasons. Arthur wrote several books based on life in the Marx family, and Groucho threatened litigation over his portrayal in one of Arthur’s memoirs.

Fleming was Groucho’s secretary-manager and was responsible for his popular comeback in the early 1970s. However, some of Groucho’s friends thought that Fleming was pushing him too hard to perform, given his age and memory loss. Fleming successfully campaigned for the Marx Brothers to receive a special Academy Award in 1974. In his acceptance speech, Groucho thanked “Erin Fleming, who makes my life worth living and who understands all my jokes.”

In 1974, Fleming was appointed his guardian and temporary conservator of an estate worth an estimated $2-$4 million. In 1975, Groucho even tried to adopt her, until a psychologist said he was not mentally competent.

Arthur Marx, Groucho’s son, sued Fleming for having a harmful and destructive influence on his father, including threatening his well-being and being abusive. He also claimed that she pushed Groucho to perform, whether he was able or not, for her own financial gain. In Groucho’s final days, a judge appointed the 72-year-old Nat Perrin, a close pal of Groucho’s and co-writer of the Marx Brothers’ 1933 film, “Duck Soup,” as temporary conservator of Groucho’s well-being and estate. Later, his grandson, Andrew, was named permanent conservator.

The litigation concerning Groucho’s estate went on long after he died and into the early 1980s. Groucho left most of his estate to his children, but gave control of his name, image and movie rights to Fleming—another issue of dispute.

The court found in favor of Groucho’s children and ordered Fleming to pay $472,000, which she bilked from Groucho’s bank accounts, while she worked for him. Fleming committed suicide in 2003 at the age of 61.

In the 1970s, the term “elder abuse” had not been used, even though it existed. Today, elder abuse is a growing problem. There’s a long list of harmful activities, including physical, sexual, emotional, and psychological forms of abuse and neglect, as well as the theft or withholding of financial assets needed to live.

The risk factors for perpetrators include mental illness, substance abuse, relationship status (spouse/partners are often the most common perpetrators of emotional and physical elder abuse), and the abuser’s potential dependency on their victims for emotional support, financial help, housing and other forms of assistance.

Get some expert legal and medical advice on estate planning and the creation of a living will, so that your wishes are known, and you and your estate are protected properly.