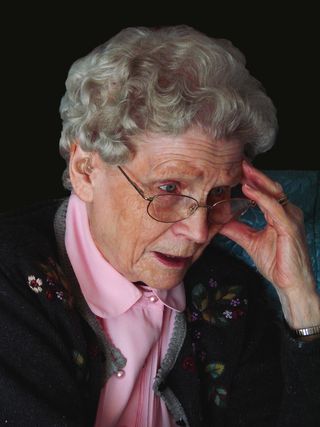 Through a series of legal maneuvers and Iowa's then-blind eye toward financial elder abuse, his caregiver betrayed the World War II Navy veteran's trust and drained his savings over a number of years, according to friends and court documents.

According to an article reported in The Des Moines Register, titled "Caregiver's $700K theft shakes elder advocates," the cost of financial exploitation against seniors is more than $2.6 billion a year in our country, and one in 10 financial abuse victims turns to Medicaid as a result.

Ruby's friends were suspicious of caretaker embezzlement and began searching for help. This was about the time the life-long bachelor with few relatives in the area appointed Pamala Hammond as the executor of his estate and gave her power-of-attorney. These decisions gave Hammond—a longtime acquaintance who befriended him in his last years—far-reaching legal powers to act on his behalf.

The investigations showed that in the four years before Ruby's 2012 death, Hammond had transferred money from his accounts to hers on at least 34 occasions —in the amount of more than $630,000. She also wrote 13 checks of more than $115,000 from Ruby's accounts for her benefit. She spent the money on herself or her family for things like home expenses and automobiles.

James Ruby lived a frugal life, but through her legal maneuvers, Hammond betrayed the World War II Navy veteran’s trust and took his money. She faces up to $10,000 in fines and a decade in prison.

One way to help protect against such abuse is by signing a power of attorney, or a POA. This is a legal document that one can use to name an individual to make financial decisions and act on the principal's behalf. It can be used to plan for possible incapacity and to avoid the court appointment of a guardian or conservator down the road.

On the downside, a POA is private, and, as a result, there’s usually no court control.

According to the original article, laws can sometimes be unclear about the duty owed by the agent. Broad authority, little oversight, and unclear duties can be a recipe for trouble, like what James Ruby experienced in Iowa.

POA abuse takes many forms, such as:

Work with an experienced estate planning attorney and make the necessary plans to avoid the abuse that devastated Mr. Ruby.

For additional information on asset protection and elder law topics in Houston, please click here to visit my website.